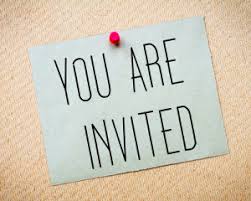 Last week I got the chance to go on retreat for a few days.  I had been really looking forward to it.  For a little while my relationship with God had felt a little stale and some of the things I had been dealing with through work had got me a little out of sorts – nothing drastic, just that feeling inside.  I knew that I needed to get away with God for a couple of days.

On our first evening, we were told we would get the chance to watch a film.  As our evening began, I discovered that the film we were to watch was “The Shack”.  I had never seen the film before but, a few years back, I had read the book and had not got on with it.  I knew the book was an allegory and not intended as a work of theology.  I had read the criticism of Wm Paul Young’s views.  I suppose because I had read it in “bits and pieces”, I found it hard to follow and found myself frustrated by it.

As soon as we were told that the film was “The Shack”, my heart sank.  I found feelings within me to watch the film with a distinct attitude of justification for my previously held dislike.  Much less, did I expect God to speak to me through it.  But, speak He did!

I found that as I was drawn into Mack’s story, I began to feel some gentle nudges from God.  The most powerful came when Mack received the invitation to go to “The Shack”, the words just seemed to leap off the screen at me.  There were many other things too but, space does not permit them!

That night I struggled to sleep.  I found myself dreaming about my own past and some of the worries I have in the present.  Some of the dreams could, perhaps, be best described as nightmares.  In the early hours of the following day I decided to give up with sleep and keep myself awake, it was much safer that way.

As our new day began it was to be a day of silence.  There was an art exhibition to help our thinking and spark our imaginations into prayer.  One quote I saw really spoke to me, it came from the basement of a concentration camp;

I believe in the sun even when it is not shining

I believe in love even when I cannot feel it

I believe in God even when He is silent

Accompanying that quote was a painting that looked like a swirl of blackness.  But, when you stood at a particular angle, there was the face of Jesus hidden within it.  As I gazed at the picture, I felt God saying to me “it’s time to come to The Shack”.  In the story, The Shack represents Mack’s heart.  It’s a dark place where the hurt and the pain of his “great sadness” are stored.

My story is very different to Mack’s and very very different to Wm Paul Young but, I have a Shack too.  It’s the place where I store up my hurts, failures, regrets, anger and the memories of all that has bred my insecurities.  God’s invitation to “come to the Shack” was frightening, I don’t like visiting my shack because, it’s a place of my pain.

In the story, when Mack goes to the Shack (nice little rhyme that!) he has an encounter which brings him healing and transformation.  What struck me was that, in the film, is The Shack is shown as a dark place the lighting is dim, it is a place of shadows.  As soon as Mack has his encounter it’s a place of colours and brightness.  It reminded me of a verse in the Bible which says;

I had always seen those words as a bit of a threat. I don’t want anyone to know what is in my shack or, how it had got there.  Imagine the horror of having your deepest darkest secrets on full display for the world to see!

What I found was, as I went to my shack, it wasn’t everyone else who knew about it.  There was me and one other there and, that one other, already knew what was in my shack and He wasn’t horrified, angry or embarrassed by me.  He simply wanted to bring into the light what I was hiding in darkness so that He could bring forgiveness and healing.

I spent a long time at my shack with God that day.  As the afternoon approached, I went back to my shack and I lay down. I awoke 3 hours later having had the deepest most refreshing sleep for a long while.

I wonder where and how you will encounter God today? This week, in our area, marked the kids returning to school.  One of my aunties always used to tell me that “your school days are the best days of your life”.

I hated school assemblies.  I can remember sitting cross legged in the school hall that seemed to smell permanently of bad feet and boiled cabbage.  I can remember the half-hearted singing of hymns and the headmaster marching up and down yelling “sing” at any child he thought was not putting enough effort into it.  Even now, I hear the words or tunes of certain songs and they invoke really powerful memories for me.

I have always associated “Dear Lord and Father of mankind” with school.  I cannot bring myself to sing the proper words to “Morning has broken”.  Our version went;

The world in which we live, is not the world that God created it to be.  Humanity walked away from God’s will and design and so the relationship was spoiled.

If you trace the history of the nations of Israel and Judah it reads like a pattern of “close to God the nation does well” and “away from God, the nations fall apart”.  There came a time in their history when they had strayed so far from God’s plans and purposes that they lost the nation altogether and ended up in exile in Babylon.

But, what the Bible teaches is, with God there is always hope.

This morning, we read chapter 35 from the book of Isaiah. I reflected on the fact that sometimes the Bible uses particular words that are loaded with significance.  The word that was significant for me in this chapter was the word “desert”.  I saw this word as an illustration meaning, not the natural state of things.  A desert is a tragedy.  A desert speaks of failure.  The desert is the place of regret.

I think many of us end up living in the desert of life.

So, we are faced with a choice.  We either dig in if we are going to get through; tough it out.  Or, we get beaten by it

The desert can never have the last word because even in the worst of situations, God can work to bring about His purposes and His plans.