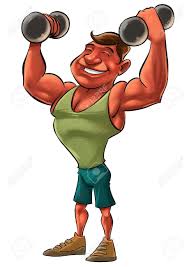 When I was growing up, breakfast TV did not really exist (no, the dinosaurs were not still roaming!).  My parents were not keen on music first thing in the morning and so, our radio was tuned into the Today Program on Radio 4 (198 long wave in the good old days!!)

Now, for those of you who have not endured long hours of boring political debate, you may not realize that every day on the Today Program at 7:50 there is a “Thought For the day”.  If I am honest, in my growing years, in the main I found these dull and uninspiring.  There was, however, one notable exception Rabbi Lionel Blue.  I was saddened to hear of Lionel Blue’s death on 19th December.

Rabbi Lionel Blue had a voice that was warm and kindly.  He always had a little story or joke to tell and there was usually a smile to take you into your day.  But, the broadcast that will always stick in my mind was in 1980 when he “came out”.  Although I was only 12 at the time and didn’t really understand what that meant, I knew that what he had shared was significant for him, and must have been a difficult thing to share with his listeners.  The controversy that followed must have been painful for him.  And my reaction?  I have to say that, I admired his courage in allowing himself to be made vulnerable.  I learnt that to be really vulnerable takes incredible strength.

In my reflections leading up to this Christmas time, I have been thinking about the vulnerability of God.  In Jesus, Almighty God, takes on the vulnerability of a helpless baby born in a stable without the benefits of modern science.  Born into an ordinary family without the advantages of wealth.  Born into a nation that was under occupation by a super power, lived among a people who were nothing to their captors.  The ultimate vulnerability, however, was to come when He was made vulnerable for all humanity and He hung upon a cross.  God made Himself vulnerable for us because He loves us.

You see, the more I think about it, the more I realize that only the truly strong are willing to make themselves vulnerable for the sake of others.

Over this Christmas time, may the God who became vulnerable for you be known to you.